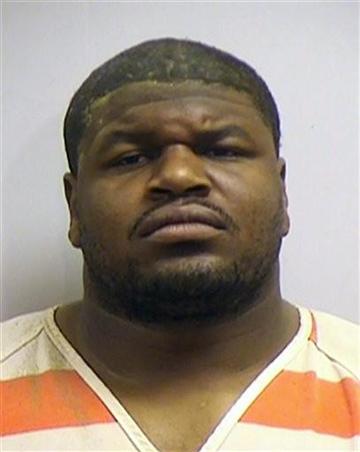 The past couple weeks of the NFL have been quite tragic. From a murder suicide in Kansas City to the death of Dallas Cowboy’s Jerry Brown at the hands of best friend and team-mate Josh Brown.

When I first saw the news about Jerry Brown I was discouraged by the unrestrained lifestyle that the NFL promotes. It is just the epitome of carnal living. Josh Brent has been charged with intoxication manslaughter.

But another story has emerged from this tragedy, a story of God’s grace in motion. Stacey Jackson, Brown’s mother was flown by private jet to Dallas to attend her son’s funeral. She requested that the man responsible for her son’s death meet her there, ride with her to the funeral, and sit with the family for the service. She said:

I know Josh Brent, and he’s been part of our family since Jerry went to the University of Illinois – all I can do is to pray for him and his family. I know [Brent] is hurting just as much as we are, because [he] and Jerry were like brothers.

Josh Brent will face charges. He may get prison time. But he has been touched by a grace bigger than prison. He has been forgiven. My hope for Josh Brent is that he embraces that grace and lives for the God who extends it.

Isn’t it that way for us too? Except we don’t deserve prison time, we actually deserve the death penalty (Rom. 6:23). Yet here we are- alive. We have been touched by a grace bigger than death. And today it is my prayer that will embrace that grace and live for the God who continues to extend it.

And as God’s grace reaches more and more people, there will be great thanksgiving, and God will receive more and more glory. 2 Cor. 4:15

Dec 12, 2012Serena
Tweet
Share
Pin
0 Shares
Is Christ In Your Christmas?Mom Exhaustion: Will I Ever Be Rested Again?