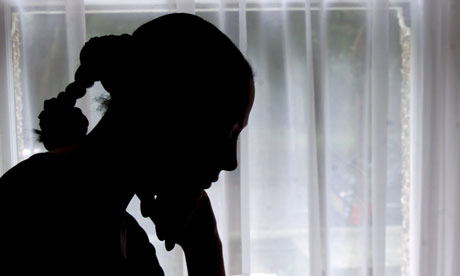 But Amnon wouldn’t listen to her, and since he was stronger than she was, he raped her. 2 Sam. 13:14

1 in 5 women in America are survivors of a sexual assault or long term sexual abuse.

I was 13 years old. My family was getting ready to leave my house after a holiday dinner. I stood on the steps saying good-bye. That’s when it happened. He reached out and touched my stomach as he walked out the door. It was then that the flood of memories swallowed me.

I was abused. My abuser was a relative.

As I stood there, the memories were like flashes of still pictures being thrown into my head faster than I could catch them. I saw myself at 4 years old. I was at the house. I was in the room. I heard the sounds. I saw the colors. I smelled the scents all at once. All those memories that the 4 year old me stuffed away. I remembered them that day.

In that moment the memories pushed their way to the top. That little 4 year old girl was crying and begging someone to look at her. She needed someone to acknowledge her wounds. She wanted it to be me.

My senior year of high school, 5 years later, I was late for class. The hallways were empty and I swung around the staircase to make it to typing class before I was marked tardy. I ran into someone in the hall. Startled, I looked up and I saw my abuser’s face staring at me. A second went by. My head cleared and I processed what was really there. No one was there.

My memories were haunting me.

Whether you call 911 in the moment or tell a friend after 20 years of silence, you must give a voice to your pain. Secrets are a deadly toxin to your soul. Secrets allow perpetrators to keep perpetrating. Secrets allow Satan to roam free in the dark. Your secrets need you to turn the lights on.

But everything exposed by the light becomes visible–and everything that is illuminated becomes a light. Eph. 5:13

It’s not your fault

This is really hard for Christian women because we spend a lot of energy focusing on how we should be modest and not tempt men to lust after us. That’s true. However, if we are dressed immodestly, even provocatively, that does not give anyone a free pass for rape. Rape is rape every time.

If you are still struggling with accepting that your assault was not your fault, I want you to follow me for a second. I want you to think of your favorite school age girl. Maybe its your little sister, a cousin or a younger girl at church. Do you have her pictured in your head? Good!

Now imagine that she comes to you and tells you that she was at a sleep over at a friends house. Her friend’s brother came in the room in the middle of the night, put a pillow over her face and assaulted her. After he left the room she gasped for air and felt the warm liquid under her blanket. She was bleeding. She laid in own her blood weeping. Silently. Finally, she went to the bathroom and threw her clothes away.

You, my sister, deserve the same response you just gave.

My counselor wanted part of my healing to be to press charges. As a senior in high school I didn’t feel safe enough to go through with that.

During my process of healing, another close family member was raped by a group of guys at her graduation party. The police were called. She was taken to the hospital and examined and treated. Photos were taken of her bruises and cuts. The grand jury did not indict the men because the victim was drunk and flirtatious.

Beloved, never avenge yourselves, but leave it to the wrath of God, for it is written, “Vengeance is mine, I will repay, says the Lord.” Rom. 12:19

I forgave my abuser a long time ago. I released the sorrow and the guilt. I released my bitterness and my anger. I forgave. I still forgive.

This is where I think forgiveness gets a bad name. Forgiveness still maintains boundaries. My abuser has never taken responsibility or apologized. Because of that, I do not regard him as a safe person for me and for my daughters. Even though we are related, I do not associate with him and that’s OK.

Your forgiveness does’t come with a invitation to Christmas dinner. Your forgiveness relinquishes your control and hands the judgment to its rightful executioner, Yahweh.

For if you forgive other people when they sin against you, your heavenly Father will also forgive you. Mt. 6:14

God has not given us a spirit of fear, but of power and love and discipline. 2 Tim. 1:7

If you are still held captive by your fear, slowly peel the fingers of its grip off one by one. Today begin to fear less and in turn, trust God more. Remember the mission of Jesus the Christ, of whom it was prophesied:

He has sent me to comfort the brokenhearted
and to proclaim that captives will be released Is. 61:1 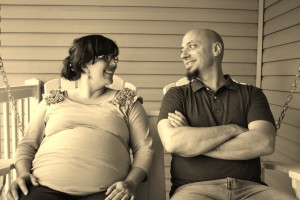