Silence Grows Sin: Inside the Heart and Life of an Incest Survivor 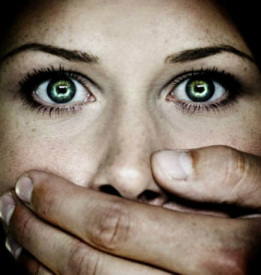 Yesterday I opened up one of the most avoided topic in the church today- incest. The first in this series is Why Can’t I Get This Muzzle Off: Inside the Heart and Life of an Incest Survivor.

Many parents, families and church leaders simply do not see the need to expose the horror of this sin. Maybe from their own fear or ignorance, they simply do not act. But we need to walk in this truth:

You can be sure that no immoral or impure… person will inherit the Kingdom of Christ and of God… Don’t be fooled by those who try to excuse these sins, for the anger of God will fall on all who disobey him.  Don’t participate in the things these people do.  For once you were full of darkness, but now you have light from the Lord. So live as people of light… take no part in the worthless deeds of evil and darkness; instead, expose them. Eph. 5

When we remain inactive and silent, sin grows and Satan thrives. In continuation from yesterday, here is more from the story of our guest writer:

I never spoke of “what I had done to my biological dad.”  The muzzle was securely fastened.

But I had gotten away from my dad. Surely there was not another man like him. Surely I would be able to recognize another wolf in sheep’s clothing. Surely if I did I would run.

Yet I convinced myself I deserved it. My father convinced me I was worthless. My husband put the period at the end of the sentence, sealing my fate, so I believed.

At this point, in my 30’s, I was either going to find freedom or kill myself. I already tried the latter in my teens. Because those attempts were unsuccessful, I really hoped there was another way to escape my personal hell.

Of course I couldn’t tell anyone what was happening. When I tried indirectly to seek godly counsel I heard things like, “A good wife is submissive. A good wife pleases her husband in the bedroom. A husband wants a slut in the bedroom and saint in the kitchen.” Fear tightened the muzzle.

Just like before, this all had to be my fault. I strove to be the ideal wife- self-sacrificing, submissive, compliant. So why was he rejecting me? Why couldn’t I just be a “good wife”?  Why couldn’t I make this marriage good?

On the outside all looked delightful. But inside there was nothing but sin and destruction. Satan was taking me down.

What I didn’t know was that while I agonized alone, in fear, God was fighting for me. God retrained his wrath for a moment. But then He started opening my eyes. He started showing me the truth… I am worth fighting for.

You will know the truth, and the truth will set you free.– Jesus

7 years ago 2 Comments Marriage, Matters of the Heart, Sexual Abuse and Healingincest, sexual abuse, the effects of sexual abuse in marriage335